Ivy can roll over. See below video about 30 seconds in. She seems upside down, but it's just that I'm holding my phone, with the flash lights on, above her as she looks back at me. Neat unintended effect!


She has left the "larvae" stage and entered into what Laura and I call the "anamatronic teddy bear" stage. Next is crawling. She is pulling the world into her mouth, can lift her head high during her tummy time, takes a bottle a little, and is possible for me to walk to sleep more. Doctor says she's about average weight, a little above average in height and head size. Oh, and she can say the sound "B" and has a vocabulary of different sounds upwards of about 8 meanings, I think...let's see. Happy, diatribe of playing-with-sounds-I-can-make, tired, sleepy, getting tired, hungry, I-will-that-thing-in-my-mouth-grunts, I'm-really-upset screams. Yes, eight. 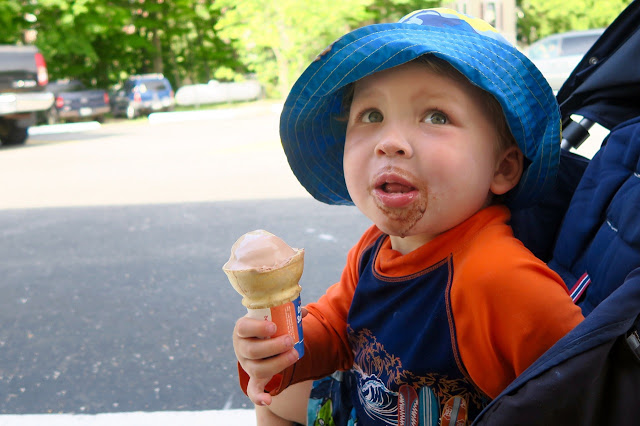 Shaw is talking up a storm, specifically:
He is getting smart, devious, observant, and I think he knows how to spell because spelling words out around him isn't working so much anymore. He is still learning how not to kick Ivy in the head when he's mad at her. But it only occasionally happens and so far no injuries. Most of the time he's tender and protective, and Ivy is endlessly entrained by watching him. He's still running below average in height, average in weight, and with an exceptionally big head.

Laura has a sore entire upper body from baby holding, is harried from two kids at home while she struggles to finish her graduate course in online research with baby-brain, but she is doing it! Ask her about the rest and she's hiding things well in this photo!

My mother Bubbe is loving the water as usual. Seems to be enjoying renting our tiny-ish house and has made it wonderful inside and is babysitting and cooking. Amazing have a grandma 30 feet away! Not all good, more to coordinate, but a total net positive for sure!

Back in Maine for the summer, moving with Shelia to a scaled down house, writing, working on building a road in some woods we own, seems okay from afar.


My mother in law Betty has been off of Shaw duty and recently experienced her son getting married, and having the New York Times cover the wedding!

I'm back at work, which is good. I had a good vacation and was ready to get back to work.

It's amazingly hard with two kids. Everytime I feel the difficulty (emotionally, physically, mentally) I have to remind myself that this is THE HARDEST FEW YEARS for most marriages, and in the time-arch of raising children. At least in terms of the constant attention, worry, watching, pooping, peeing, screaming, etc. I'm sure harder times might come in different areas, like dealing with teenagers, but not in the day in and day out constancy of being the kind of parents that have one home fulltime and one working only about 40 hours a week (outside the house at least, I have side contacts I do at home).

It is a joyful and rich experience, but challenging too. But it is already changing for the better. Ivy, for example, is right now sleeping on my chest in a baby carrier while I type, and has started taking sips out of a bottle! And with Shaw is playing ball by himself with other kids, being mostly aware of cars, and going to sleep more and more with only a book or two read to him in bed.

As someone said, "The days are long, but the years are short." So in the blink of an eye they'll be in school and we'll probably miss having them around so much.
Posted by Achy Dad at 1:09 PM