My first present by the family was to be able to sleep with ear plugs in the guest room as late as I wanted.

I awoke at my pre-parent, no alarm natural time of a little after 8am. I took out my ear plugs and heard a small boy screaming "I want momma!" 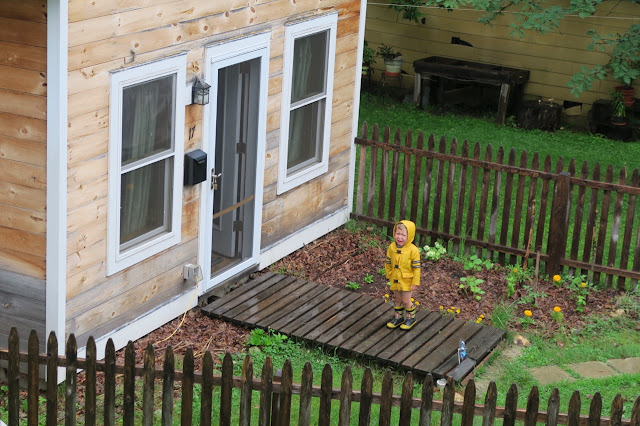 He was in the rain in front of the tiny house. He seemed to only be wearing fire boots and a rain coat while he screamed. Bubbe (my mom) is living there for the summer and she was on duty watching him from inside the front door and letting him get out his anger and saddness. Laura had to go to the graduate class she's taking to maintain her teaching license. Ivy's been good so far in class. And there's a backup plan to have her video in if she's too noisy.

He went inside with Bubbe after a bit and quieted down.

It's a nice present for me to be able to have a morning off. I'm taking some time to blog and soak up the quiet. I'll spell Bubbe soon.

The family is healthy and strapped in and holding on for dear life amid all the summer fun, which can be intense! Sometimes I want to be back at work fulltime, hemmed in by winter, and on a predictable schedule. But mostly summer's been exciting and a welcome break from the grind. 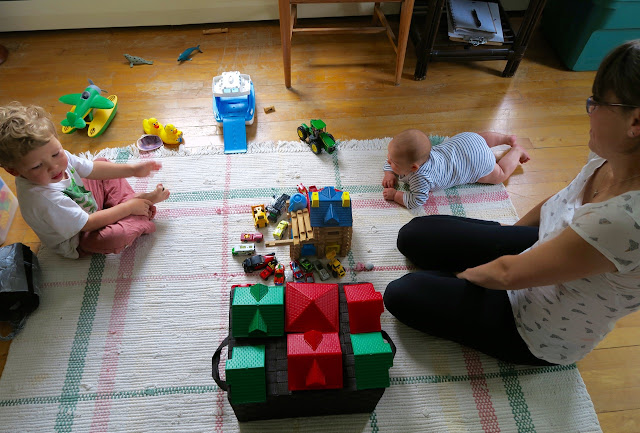 We're trying to have some home time too, like the above moment. Shaw and I built a fantasy "island" on the carpet, with a Lincoln Log house, box barn. The boats and sea animals were in the "ocean" (wood floor). Shaw got all his cars and trucks parked around the house because they were having a "wedding party." We just came back from Laura's brother's amazing wedding.

Ivy and I are bonding for longer and longer periods of time,  but she's mostly still with momma.
She's grasping and almost crawling. Here's video of her going through all the stages.

And while she has several bouts of shrill hysterics every day, she smiling a lot too. 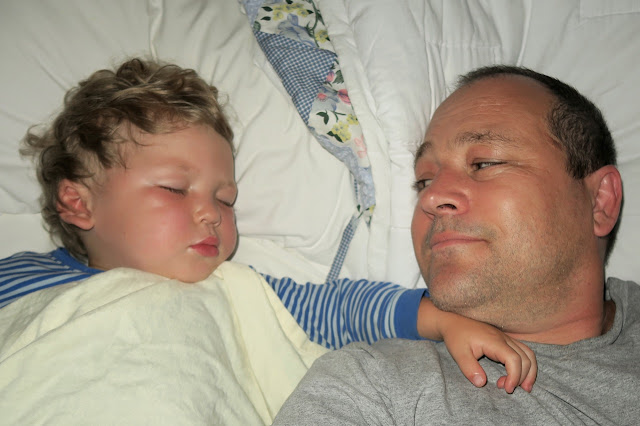 I'm bonding a lot with Shaw. I mostly put him to bed.

This is my favorite time of the day as a dad. It can be tiring to read him down with books I've almost memorized, and then almost fall asleep myself. But it's (mostly) a calm time and we talk about the day and tell stories.

When I try and sneak away sometimes before he's really asleep he says "no poppa, keep me company," and that's a great father's day present.